Home / iOS / How to play games on an ARM Mac

How to play games on an ARM Mac

Mac’s expected transition to ARM processors is going to impact both games and gamers on macOS, but here are some ways that allow you to still be able to play after the switch.

Although once a far-off rumor, an ARM Mac could be just over the horizon. Apple might even announce the transition to ARM-based chips at its WWDC 2020 keynote, which kicks off on June 22.

As with other macOS applications, the transition will undoubtedly be bumpy for gamers. Thanks to some fundamental shifts in the gaming ecosystem, it may be easier to game on an ARM Mac than expected. 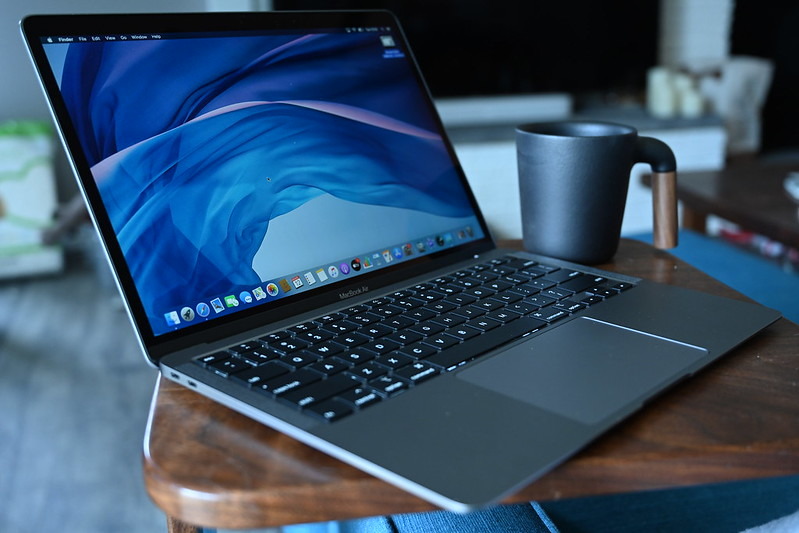 A switch to ARM is going to make things tricky for a lot of Mac users.

Current Macs are based on Intel’s x86 chip architecture. Generally, software written and compiled for x86 Intel systems aren’t going to be automatically compatible with ARM-based chips. The chip technologies rely on differing processor instruction sets. Software written for one isn’t compatible with the other.

In other words, the switch is going to render a lot of legacy software and dependencies unusable. While the average Mac user who only ever opens a web browser or uses Mail, Music, or the TV app may not notice, other types of Mac users will find themselves on a much bumpier road.

There’s also the issue of deprecated technologies. Many popular games utilize OpenGL, which Apple is replacing with its proprietary Metal technology.

Of course, there are ways to circumvent these issues, such as emulation or the introduction of a software compatibility layer. The real question to ask here is how Apple is going to handle the transition.

The company may release its own emulation or compatibility solutions, as it did with Rosetta when it transitioned to x86 from PowerPC . Alternatively, it could simply give users and developers plenty of time to get all of their ducks in a row — as we’ve seen with the phasing out of 32-bit software.

That isn’t to say that there won’t be options for gamers on an ARM Mac. Below, you’ll a few native and third-party solutions that are likely to work even after Apple switches its Mac chip architecture over.

Here’s what we think will work the best. 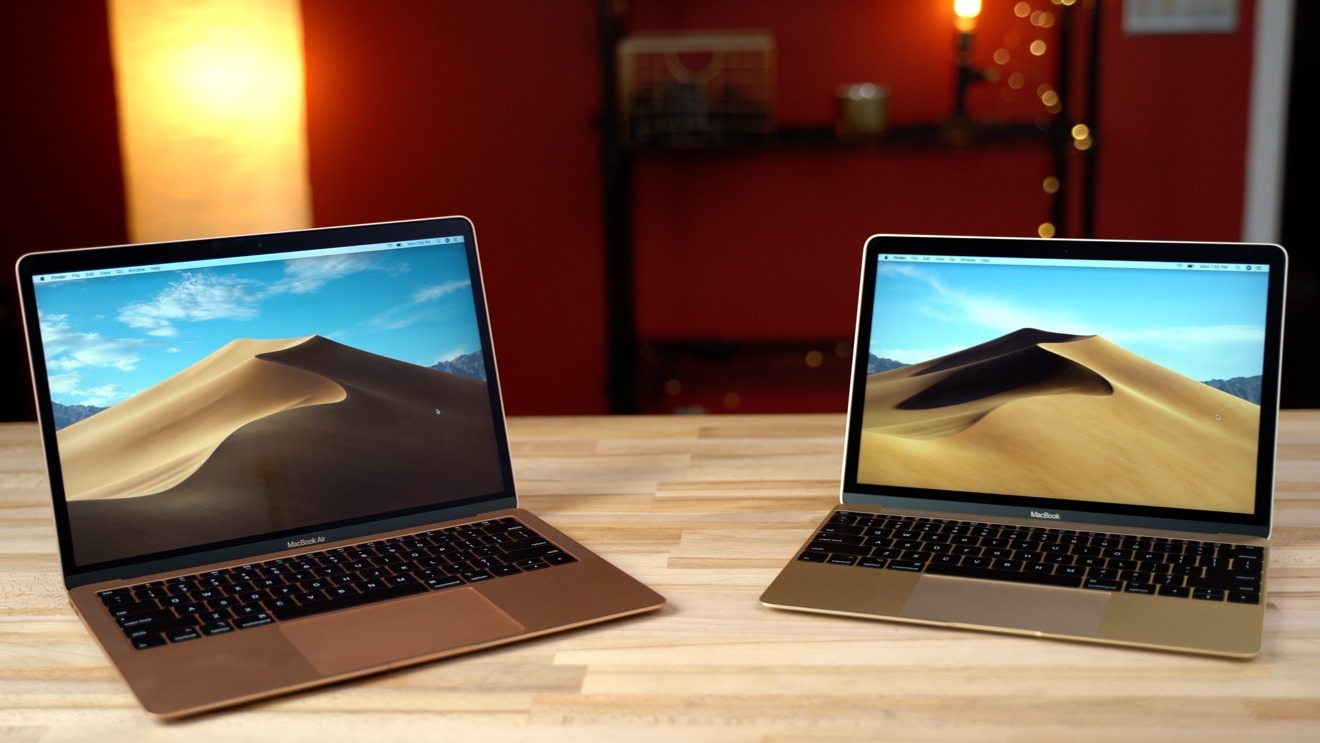 Your old gear isn’t going to light on fire the minute Tim Cook and company announces the start of the shift. And, it isn’t going to happen up and down the product line in one fell swoop.

There will still be Intel Macs sold for a while, and for longer on the secondary market. Those will still run Intel-based games, and can still get Boot Camp installs. 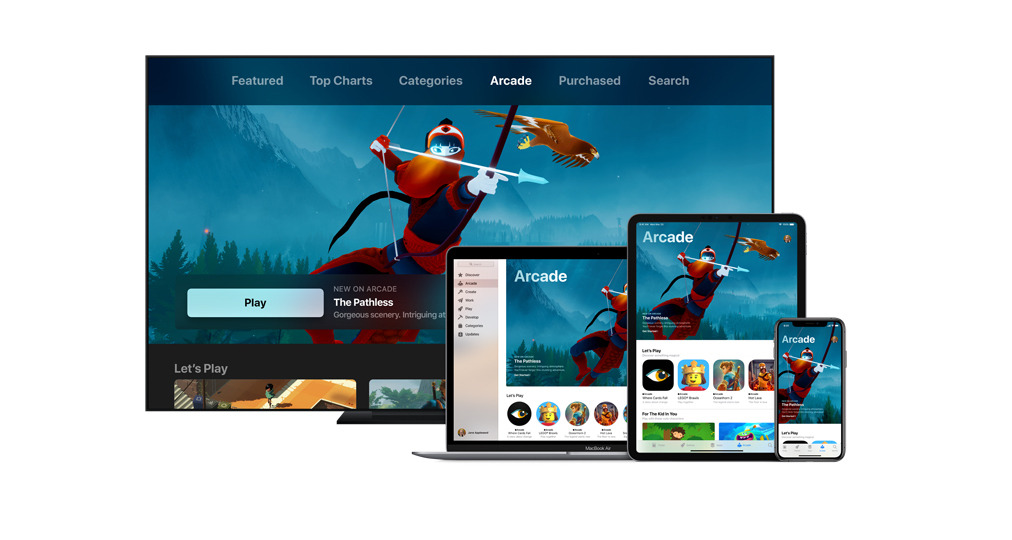 Apple Arcade is already supported on ARM devices like iPhone. So compatibility with an ARM Mac is likely.

To start with the most obvious option, there’s the $4.99-a-month Apple Arcade service. The platform is already supported on Mac and there’s little doubt that titles on the platform will also work on an ARM-based macOS operating system.

Apple Arcade currently only features exclusive games created in partnership with various developers. So, at this point, you won’t find any AAA titles on the platform.

With that being said, the tight integration into Apple’s various operating systems is a boon. And while the library of games is still relatively small, it’s packed with quality-enriched games from indie studios. 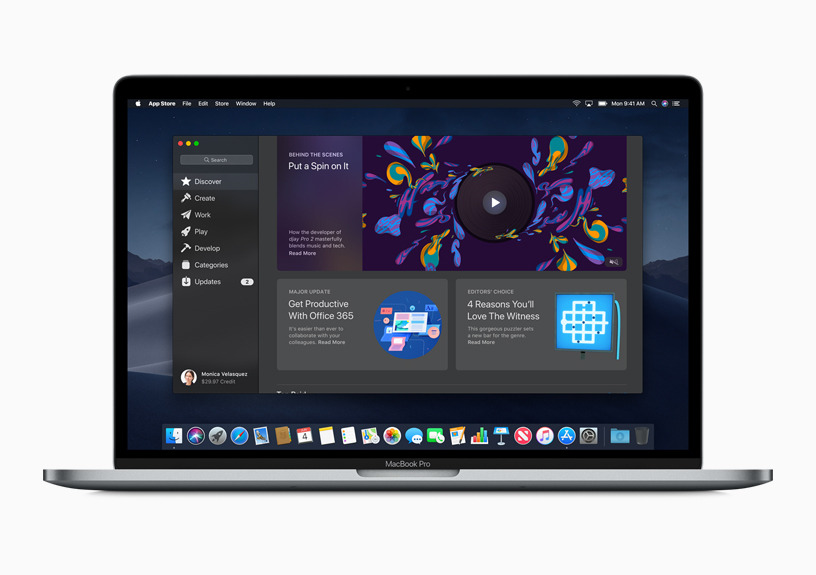 The Mac App Store may not have a range of titles, but it’s likely to be an easy switch for developers to port their apps to ARM.

The Mac App Store, unlike Apple Arcade, does feature some blockbuster and AAA games. But compared to other game distribution services, its library is severely lacking.

Mostly, that’s because many game developers haven’t found the Mac a worthwhile platform. But with Apple’s increased push toward mobile gaming, and gaming in general, that perception could change. Mac App Store games don’t require any type of subscription to play, and they’re stored directly on a device.

With technologies like Catalyst, it may also be easier for developers to transition games over to an ARM-compatible code. Not only that, but it’s likely that many iOS and iPadOS games could be seamlessly transitioned to the Mac. 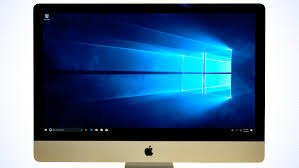 For most Mac users, there has long been an option to install and use Windows on their Apple hardware — Boot Camp. And with it, users can essentially turn their Macs into a Windows machine.

That comes with all of the benefits of Windows at a cost-efficient price point, since it only requires users to purchase Windows once. The only real limitations are hard drive space — since you’ll be installing Windows directly onto your machine — and the CPU and graphics capabilities of your Mac.

Of course, whether Boot Camp will survive the transition to ARM remains an open question. Windows does have an ARM-compatible version of Windows 10 available, so Apple would just need to implement support on its end for the switch to go over smoothly.

One promising gaming solution, and an increasing area of focus for tech companies and startups, is cloud-based game streaming.

Essentially, these services let users play games on any device. It works by simply streaming games that are stored in data centers or other high-end rigs. Because they’re already cross-platform, it means that playing games on an ARM Mac is going to be trivial. 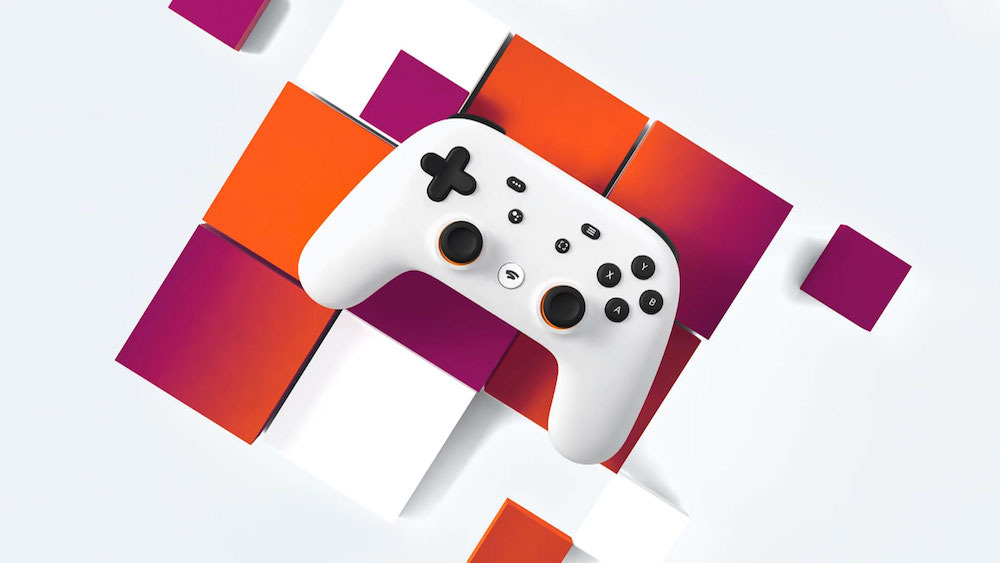 Google Stadia is the namesake company’s entry into cloud-based gaming.

The only required cost to users is the actual price tag of a game, but Google offers a $9.99 “Stadia Pro” subscription that allows 4K streaming, 5.1 surround sound, and a complimentary game every now and then.

Stadia isn’t without its issues. The game library is pretty sparse currently. And, unless you have a speedy internet connection, games are going to lag. The other issue is that Google is still relatively new to cloud gaming, and gaming in general, so it’s certainly still in the middle of working out Stadia’s kinks. 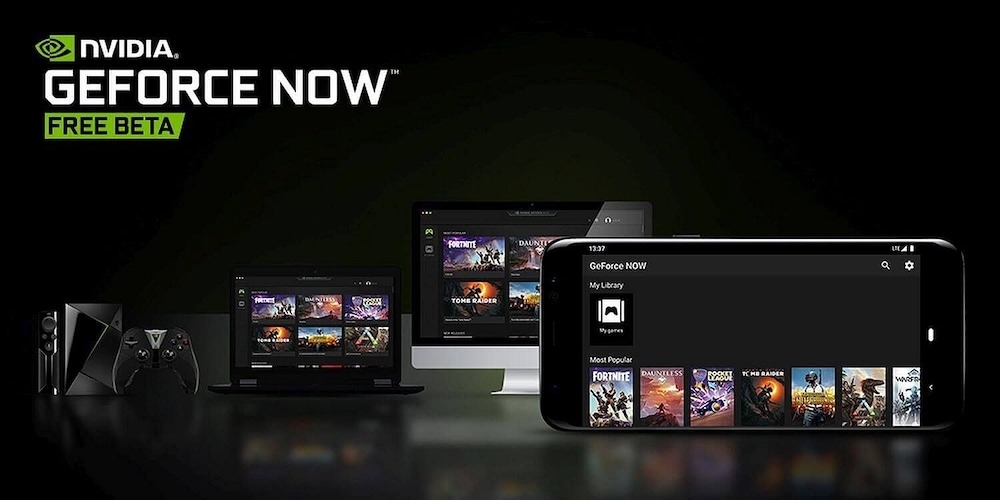 GeForce Now is Nvidia’s cloud gaming service. Like similar services, the platform lets users stream their own games from distribution platforms like Steam, right to their PCs, Macs and Android devices.

It’s the cheapest cloud service available, with a limited free tier and a $4.99 “priority access” subscription. Games are actually streamed from servers equipped with Nvidia graphics cards, with a stream rate of 1080p at 60 fps.

If there’s a downside, it’s that a number of game developers have pulled their titles from the platform over licensing disputes. Because of that, it remains to be seen how many worthwhile titles will continue to be available on the platform. 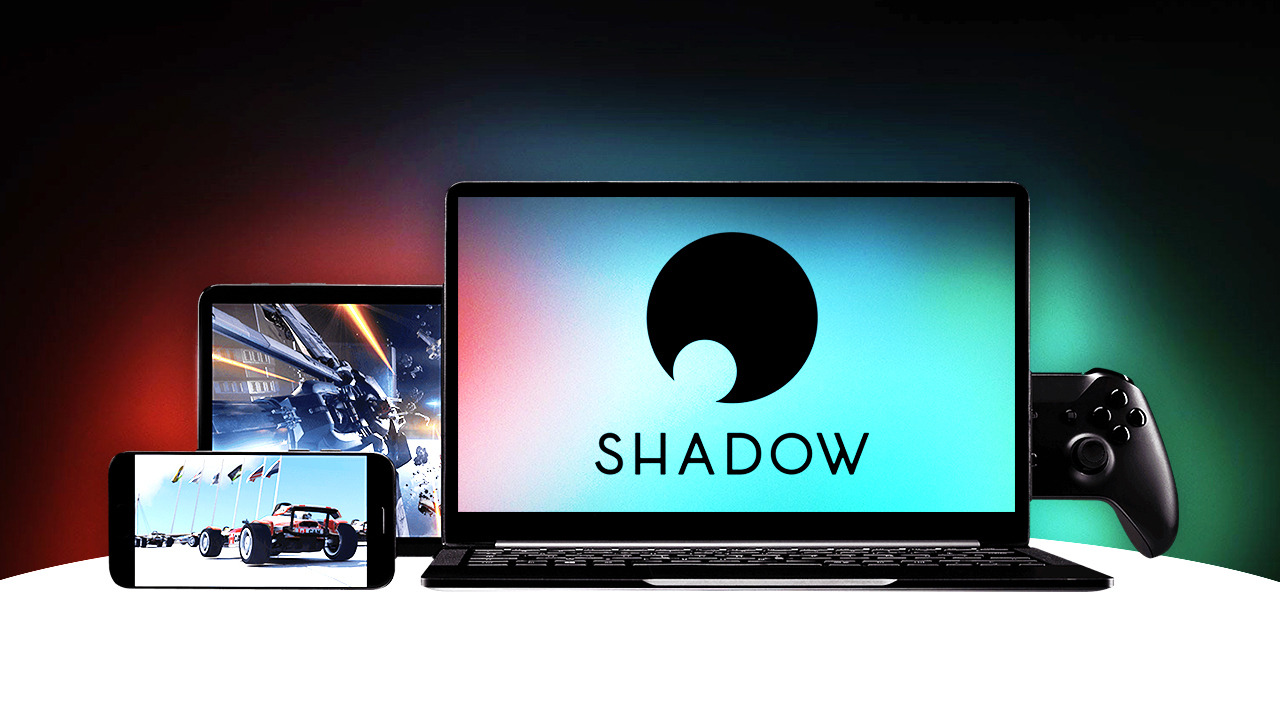 Shadow is a unique option because the cost of entry actually allows users access to a full-fledged Windows 10 gaming PC stored at a data center. Users can then log into this gaming from any device using the Shadow app.

It’s a bit more expensive than Google Stadia at $11.99 a month. There are also “Ultra” and “Infinite” cards that feature physical RAM and graphics upgrades to a user’s data center-stored PC.

The premise is unique, but we like what we’ve seen so far. It remains to be seen whether Shadow will debut an ARM Mac-compatible app, but it seems probable, as the Mac version of the app runs fine on hardware dating back to 2008.

There is a third option available to Mac users besides native solutions and cloud-based streaming services, but it requires a game console.

Mac owners who have an Xbox One or PlayStation 4 can actually remotely stream their library of games from their consoles to their Macs. Compared to monthly subscriptions, these options may be more cost-efficient — though is there a caveat for Xbox One users that we’ll get to. 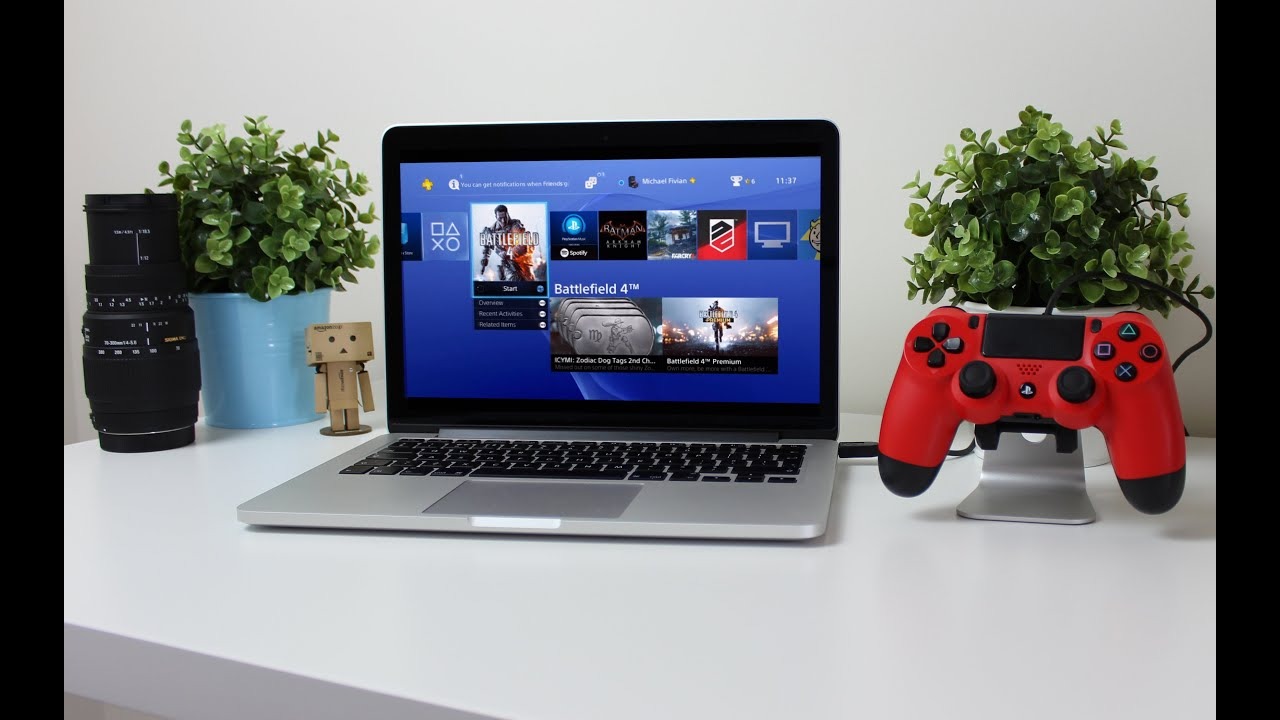 PS4 Remote Play lets you access your PlayStation titles on your Mac. Image via Copper vs Glass

Although not technically a cloud-based gaming service, PlayStation’s PS4 Remote Play feature bears mentioning for PS4 owners. It’s not to be confused with the cloud-based PlayStation Now service, which isn’t compatible with Mac.

PS4 Remote Play is completely free to use, and you can access it on your Mac (or iPad) over a 15 Mbps internet connection. It essentially allows you to play your library of PS4 games on the go.

It’s a good option for Mac users who happen to be PlayStation gamers as well. But you’ll actually need to shell out money for each game that you purchase, and streaming is limited to 1080p at 60 fps. 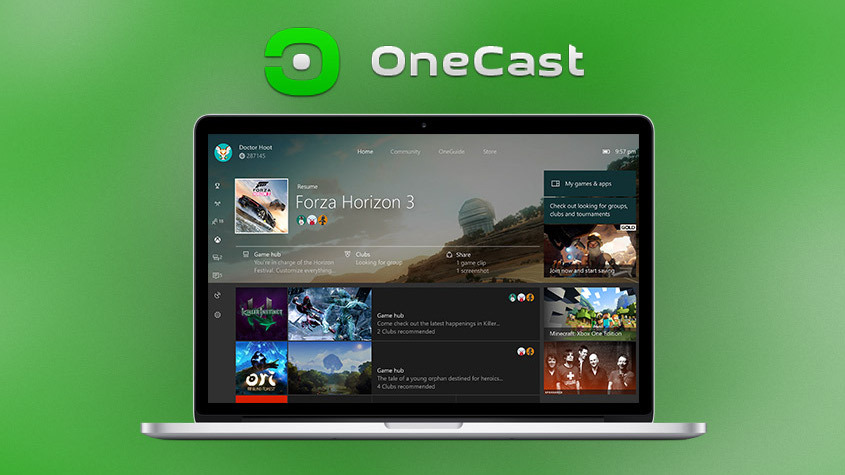 OneCast is a third-party solution that allows for Xbox-to-Mac game streaming.

Microsoft doesn’t currently have a first-party solution for streaming Xbox games directly to a Mac. However, there is a third-party option for users who want it.

It’s called OneCast. Just like official Xbox streaming, the platform allows users to stream their library of Xbox One games straight to their Mac device. To use it after the trial period, users will need to buy a license for $19.99. An iOS and iPadOS version is also available.

Although it works surprisingly well, there is something to note. OneCast isn’t an official Microsoft app or related to the company in any way, so its long-term survival may not be guaranteed. 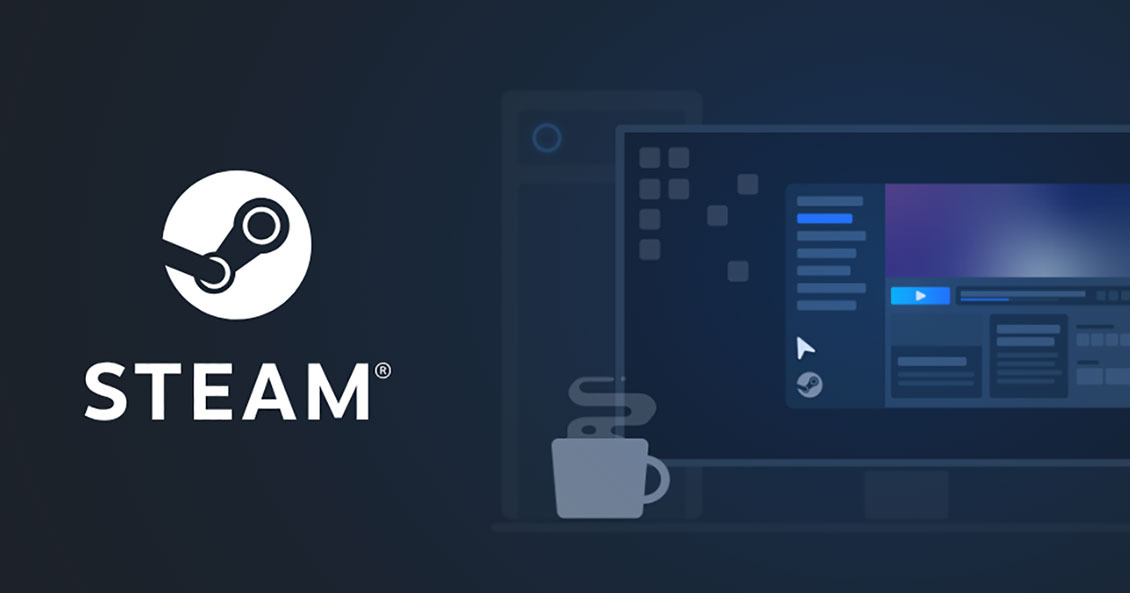 There’s no guarantee that Steam games are going to be recompiled for ARM Macs.

For more technically minded Apple users, there are also solutions like virtualization software or a compatibility layer, such as Wine after they are made ARM compatible.

In these cases, performance often takes a hit. Also, while they work now on Intel Mac machines now, there’s no telling if they’ll actually survive the transition to ARM unscathed. Wine, for example, is not currently compatible with ARM.

Whether or not game distribution platforms will be able to push ARM-compatible versions of Mac games is also unclear at this point.

Bigger titles on services like the Steam front-end will get switched over sooner rather than later, but that doesn’t mean that all of the titles on the service will get an ARM version. Indie games hosted on itch.io and other smaller platforms will probably get left in the dust unless developers recompile their apps.

Previous How to Switch to Signal and Bring All your Texts With You
Next Weekly poll results: Redmi 9 gets a warm reception

DuckDuckGo can now be set as default iOS 14 web browser

During Apple’s “Time Flies” media event, Apple CEO Tim Cook announced that many of its ...