It’s very good of you to risk your work so that Apple can find out some major bugs in its software, but you won’t get thanked, and you may end up with a nonfunctional iPhone or Mac.

Editor’s note: As we do every year during WWDC, we warned users to not install the betas if they can’t do it safely. To date, across all of the devices that we’ve installed betas on, we’ve had to perform DFU resets five times, and complete reinstallation on two Macs and an Apple TV, so a reminder to new installers is in order

If you’ve installed every Mac or iOS beta going, and you’ve never once had any problems at all, it is not because you’re more skilled than most people at the precise way you clicked the “Install Now” button. It is a fluke of increasingly unmeasurable good fortune that you shouldn’t press now that we’re heading toward the beta releases of macOS Big Sur.

That streak will end. At some point, you will lose data, or you will brick your device.

It’s remarkable, really, how Apple gets its major operating system updates to work so very well when they’re finally shipped to the public. You’re still prudent to wait at least a few days, but generally by the time it’s truly public, when it’s pre-installed on Macs, iPhones, and iPads, Apple has a strong reputation for getting it right.

Of course, it gets that reputation in part because of its extensive and extremely well done testing. There are people within Apple who are paid to test these things to destruction. There are third-party developers who stress-test it with their own beta apps.

And then there’s the rest of us. We’ve been shown the latest features at WWDC, and naturally we want them. Naturally some new features will fix problems, or ease situations for us. Even more naturally, Tim Cook, Craig Federighi, Phil Schiller and more have done their absolute best to make these new features sound incredibly compelling.

If you only have the one Mac, iPad, or iPhone, please don’t install the betas. Forget those new features for months, if you value your data.

Pre-release beta software will have bugs, no question. But every time that Apple updates its operating systems, there is at least a chance that an app or a feature you rely on will break — and stay broken.

This happened most clearly, not to say spectacularly, when macOS Catalina was released in 2019, and the Mac ceased running 32-bit apps. Any of them.

It can happen with any release, though, and just as Apple will not go back to 32-bit apps, it won’t roll back a feature it has decided to replace. Developers are meant to update their apps to work with the new system, and reasonably often, they don’t find it economic and so they abandon the feature, or the entire app.

The operating system touches everything, absolutely every last thing that ever happens on your device — whether you’re the one doing it, or some arcane app has done it in the background. Everything is affected by the new operating system, everything. 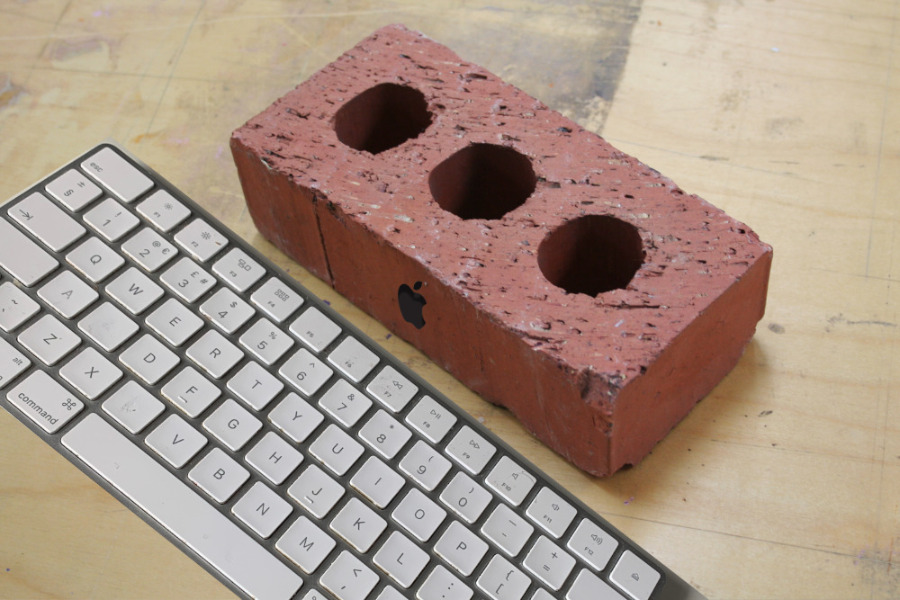 It will always be possible to brick your Mac, though rumors are that the brick’s bezels may get smaller

What will happen next

Apple now follows a predictable pattern with its beta releases. First there is a developer one, which is solely intended — and solely available — to people who have signed up to the Apple Developer program.

If that initial beta doesn’t appear to have fatal bugs, it reasonably soon gets released as the first public-beta. Then there’s a new developer one, based on feedback from all the people testing the first. Then a public one, and so it goes on until either everything is working perfectly, or, much more likely, Apple runs out of time.

Much bigger. Suddenly instead of a pool of testers, every owner using a compatible device is able and prompted to download the new OS. Undoubtedly, that many users, using it in that many different ways, are going to find problems.

Which is why even when a new OS is officially released, you should first wait a little while. And then you should make certain that you have a complete, thorough, and tested backup of your device.

If you shouldn’t risk your work machines on the beta, still you don’t have to just take Apple’s word for how good the new features and options are. Even without you risking your data, there will be plenty of people who have set up machines just for testing.

This includes AppleInsider. No one on the team will risk their main machine. Many of us have lost data, and we’ve even had a few bricked devices before. This is why we have hardware we dedicate to the beta, that we keep isolated from our main iCloud accounts.

How to use the Handwashing feature on the Apple Watch