Netflix and Shah Rukh Khan’s Red Chillies are coming together for their second collaboration after Bard of Blood last year. Releasing this week is Betaal, which is arguably the first zombie horror series out of India. It follows a counter-insurgency force that’s attacked by a cursed undead British officer and his officers as they try to excavate a blocked tunnel.

Betaal comes from the makers of Ghoul in Patrick Graham, who’s the showrunner, co-director, and co-writer, and the studio Blumhouse, known for low-budget horror films such as Get Out and Paranormal Activity. Nikhil Mahajan (Baji) and Suhani Kanwar (Lipstick Under My Burkha) serve as director and writer alongside Graham, who has previously worked with Kanwar on the Netflix dystopian series Leila.

For Netflix, Betaal will be the fifth original series from India in 2020, after the Jharkhand-based phishing drama Jamtara in January, the romantic drama Taj Mahal 1989 in February, the Imtiaz Ali-created crime drama She in March, and the Vir Das-led dark comedy Hasmukh in April. With Betaal out this weekend, here’s all you need to know about the Netflix series, from review to cast.

From Paatal Lok to Snowpiercer, TV Shows to Watch in May

As always, you will have the option to download all episodes. Betaal has a total of four episodes, each with a runtime around 50 minutes.

Betaal — also written as “Betal” — is the anglicised form of the Marathi word “बेताळ”, which is a folk deity worshipped in the western Konkan region of India. But for the purposes of the show, Betaal is drawn from the Sanskrit word “वेताल” / “Vetala”, which refers to reanimated corpses — that’s zombies — who reside in charnel grounds and predict fortunes.

Netflix released the first and only trailer for Betaal in the second week of May, which set up the zombie horror series’ premise and introduced its primary characters.

Viineet Kumar (Mukkabaaz) leads the Betaal cast as Vikram Sirohi, the second-in-command of the Baaz squad of the CIPD (Counter Insurgency Police Department). In a mailed statement, Kumar said: “We had to undergo physical training, as one cannot carry this uniform without training and knowing how to give and receive commands. There were different knives and guns training as well, […] how to take position, formations etc. Many times, people would have bruises on their elbows and knees after the training.”

Aahana Kumra (Lipstick Under My Burkha) stars alongside on Betaal as DC “Ahu” Ahluwalia (Aahana Kumra). She’s the one with that huge scar on the right side of her face. Kumra said: “I was both terrified and excited by the idea of wearing a prosthetic piece since I’ve never done it before. The scar is so central to Ahlu’s character. It speaks volumes about her, it makes you realise that there is a lot more to Ahlu’s story than meets the eye. She has had a difficult past and has not yet lost hope.”

Puniya is among those village folk caught between the zombies and the CIPD. On her role, she said: “Shooting for a horror-thriller like Betaal has been a really great experience. I am essaying the role of a tribal woman who is consumed by anger and hatred for the CIPD which eventually leads to an interesting turn of events. It’s a very compelling character and without giving away much all I can say is watch out for Betaal and the monster within us.”

Mrs. Serial Killer, The Imitation Game, Room, and More on Netflix in May

“While on a mission to displace the natives of Campa forest in order to build a highway, Sirohi and his squad unwittingly unleash the curse of Betaal mountain. […] A remote village quickly becomes the arena of a breathless battle when a two-century-old East India Company Colonel, infected with Betaal’s curse, and his battalion of blood-thirsty zombie redcoats are released from their tomb, attacking anything with a pulse. The CIPD forces are pitted against the undead army that wreaks havoc on the people and threatens to end civilisation as we know it.”

Netflix isn’t providing critics early access to Betaal, which means reviews will not be available before release. 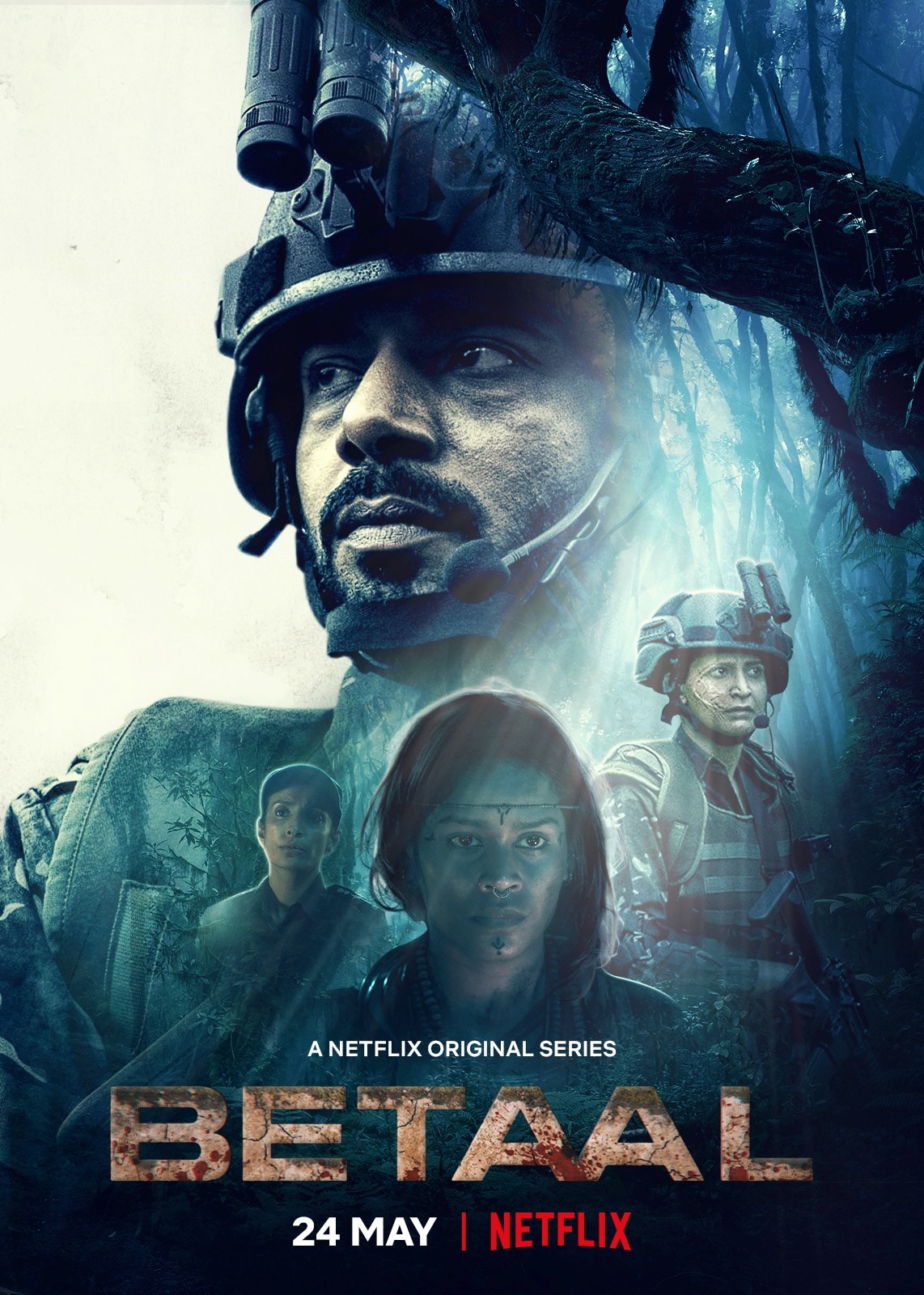 Can Netflix force Bollywood to reinvent itself? We discussed this on Orbital, our weekly technology podcast, which you can subscribe to via Apple Podcasts or RSS. You can also download the episode or just hit the play button below.