Amazon’s private label appliances and electronics that carry the branding of AmazonBasics have been found to catch fire, melt, or explode, according to a report. The private label that was launched back in 2009 has over 5,000 products on the online marketplace. Most of those products are often listed as “Amazon’s Choice” and visible on top of their counterparts from other brands to attract consumers. AmazonBasics isn’t limited to a certain product category and includes products ranging from batteries and cables to bags, security safe, and even microwave ovens. The brand also sells its list of products in India — alongside the US, UK, and other global markets.

In over 1,500 reviews on the Amazon site in the US, many consumers have called out AmazonBasics products as potentially dangerous, with terms such as “hazard” and “fire”, reveals an investigation by CNN.

The US e-commerce giant told CNN that “safety is a top priority” at the company and it took a number of steps to ensure all AmazonBasics products are safe and high quality. However, the publication found through its analysis that various products, including the USB cable and microwave oven, under the private label brand supposedly have quality and safety issues.

To understand the problem in one case, CNN obtained a malfunctioned microwave from an Amazon customer and sent it for testing at the failure analysis lab at the University of Maryland’s Center for Advanced Life Cycle Engineering (CALCE). The testing found the issue in the designing of the panel covering the heating device of the microwave that could result in fire.

In another case, an AmazonBasics surge protector was found to have caught fire. It was placed near the nursery of the customer’s 9-month-old son. Interestingly, over 40 customers reported that the product was prone to catch on fire before Amazon removed it from the site. A comparable product of a major brand reportedly had just six reviews about possible safety concerns on the online marketplace, representing 0.07 percent of its more than 8,000 reviews.

The publication has also highlighted a case in which a USB cable with the AmazonBasics branding caught fire and melted when it was used to charge a phone. The issue, which is believed to be a short circuit, ignited the upholstery for an office chair.

Three former Amazon employees told CNN that a vast majority of electronics products under the AmazonBasics brand are made in China. Most of them are also available for purchase in India.

Amazon itself publicly recalled as many as 2,60,000 AmazonBasics power banks in the US on reports of fires and burns in March 2018. Similarly, it recalled a space heater last year, after receiving complaints of overheating, burning, and sparking, as per the US Consumer Product Safety Commission (CPSC). The company has, however, never publicly acknowledged issues on its branded products beyond the two official announcements.

Malfunctioning and overheating isn’t abnormal in case of electronics products. Nevertheless, the number of AmazonBasics products found to have such issues seem alarming.

It is unclear whether any customers of AmazonBasics products have faced any issues or fires or burns in India. However, there are many reviews that highlight quality issues in an AmazonBasics-branded USB data cable that is one of the biggest selling items of the brand in the country, as per the ratings. 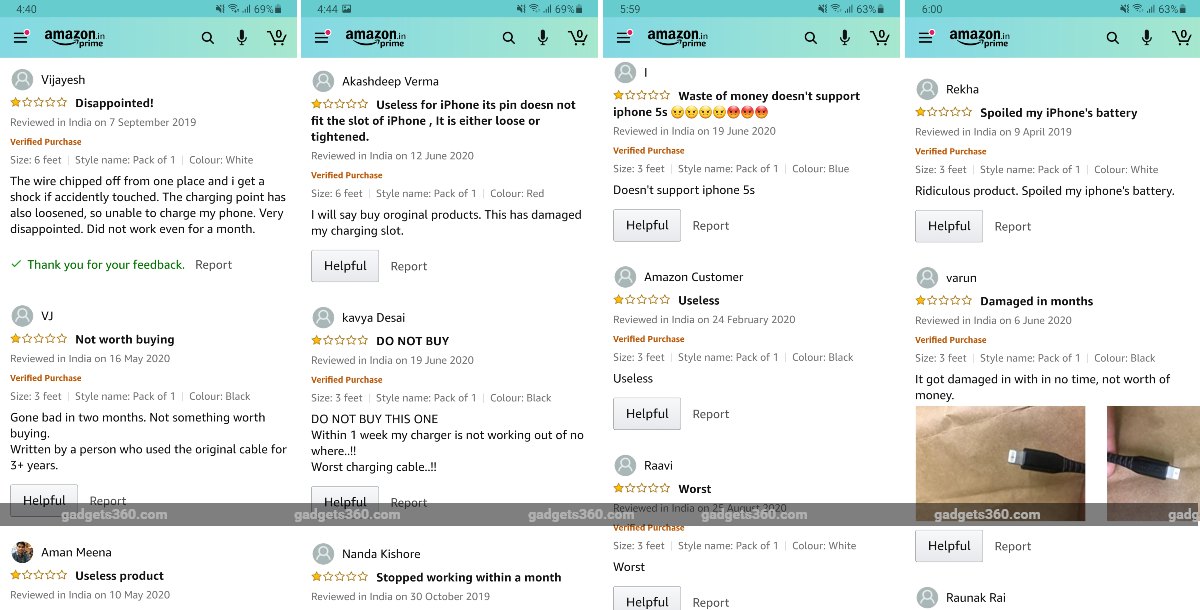 An email from Gadgets 360 seeking clarity on the matter didn’t elicit a response from Amazon India by the time of publication.

Earlier this year, The Wall Street Journal found that Amazon was accessing data of independent sellers on its platform to build competitive products under its private-label brands. The company is also facing scrutiny over antitrust issues on its site specifically pertaining to giving focus on its own branded products over the ones by major brands.

Which are the best truly wireless earphones under Rs. 10,000? We discussed this on Orbital, our weekly technology podcast, which you can subscribe to via Apple Podcasts, Google Podcasts, or RSS, download the episode, or just hit the play button below.

Affiliate links may be automatically generated – see our ethics statement for details.

Adobe Updates Illustrator, Fresco, Photoshop, and Other Apps to Enhance Creativity Among Individuals